I was doing a Clone Job for a client today (Copying his data) from the standard Laptop Drive to a new 2.5″ Crucial SSD.

While doing it, I thought it was about time to record a real-world and a typical example of what I see every day and what I try to generally explain to my customers as to the advantages of Solid State Drives.

This SSD used here (SATA 2.5″) is almost an old style now but is Ten (10) to Twelve (12) faster than the old Hard Disk Drives (HDD) that have been used for many years now. A newer storage drive, and becoming commonplace is the M.2 PCIe SSD. These are usually at least Three (3) times faster again than the 2.5″ SATA SSD, but more commonly now they are Six (6) to Seven (7) faster for the better ones and dependant on architecture.
**NOTE. As an upgrade to a standard laptop, only the 2.5″ SATA SSD can be used.

If you have any question or would like to comment please do so below or email me. 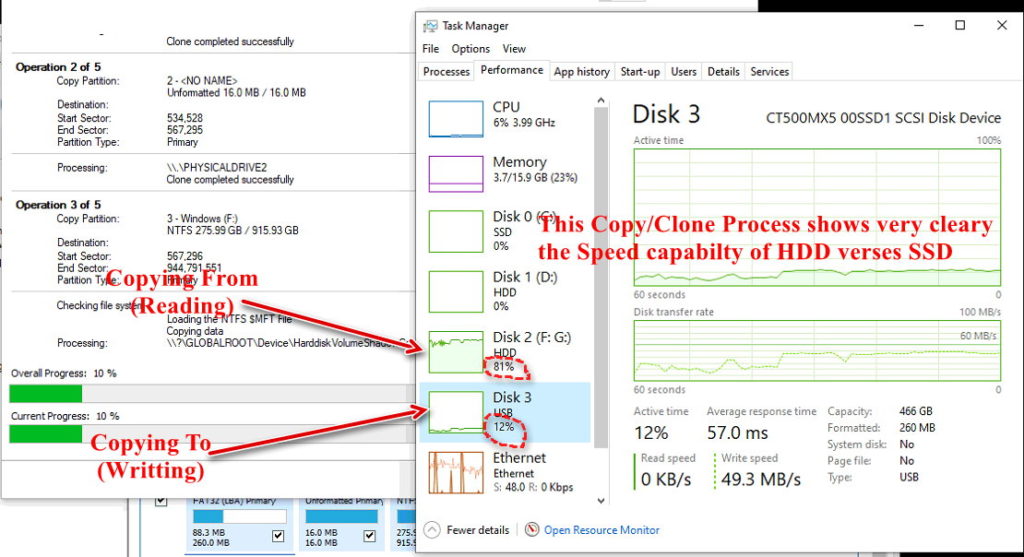